Deer, Carbon Capture, Climate Change, Woodland Regeneration – what are the issues, what is the future? 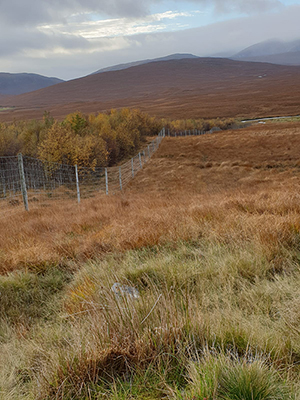 Climate change is such a huge subject that it is difficult to know where to start! Clearly, industry has a lot to do to reduce emissions and unsustainable logging in the rainforests must be stopped to address the emergency that faces the world today!

Trees play an important part in capturing and storing carbon – taking Scotland in isolation – our wee country was once completely covered in woodland but man (our forefathers) removed almost all the native woodlands. They also killed out the large carnivores (bears, wolves & Lynx) to protect their cattle & sheep. After the Highland Clearances, large sporting estates were established, and sheep numbers were increased. The combination of sheep and the increase in numbers of deer (for sport) prevented any regeneration of woodlands. There are hundreds of thousands of acres that are purely open hill which is entirely manmade – had nature been left to do its own thing, the lower slopes of our hills would still be woodland (there would be a natural tree line – above that would still be open land).

History of commercial forestry and how it has affected deer populations

The Forestry Commission was formed during the 1920s – it was set up to grow sustainable timber crops – during the 1960s, private forestry investment was encouraged by tax benefits and many additional, thousands of acres were planted during the late 1960s, 1970s and early 80s with commercial crops. Part of the process of commercial forestry is to remove the sheep from land before planting which removed much of the grazing/browsing problems – deer however are not so easy to remove and in many forests across Scotland, deer numbers continue to increase aligned with the habitat created by forestry.

I can only comment from my experience on the Cowal peninsular. I moved to Cowal during spring 1983 – there was a major change in land use underway – sheep farming was in decline and forestry was expanding – thousands of acres of young plantation. Despite the fact that we extend our culling seasons and have a full-time team throughout the winter culling months, Red deer numbers seem to have increased year on year over the years that I have lived here. Difficulties with access, the climate, and the scale of the habitat has allowed the deer to increase.

The vision for future woodlands and the issues related to deer

The UK & Scottish governments are committed to planting more and more trees. Their preference is native woodlands which will be there for the long haul and provide much better carbon store than commercial woodlands which have a cycle of approximately 35 to 40 years. Native woodlands are much more vulnerable to browsing than the main commercial tree (Sitka spruce). Deer densities should be no more than 5 per square kilometre for native woodlands to succeed – we estimate that we currently have 20+ per square kilometre! Hence mile after mile of deer fencing which we know has a shelf life of 20 years at best – deer are past masters at breaking & entering so we know that deer will eventually colonise these new woodlands. In the short term, whilst the fences are good and the trees are small enough not to offer cover, deer will be held out or at very low densities – long term, when the fences fail, and the trees are big enough to offer cover, densities will increase, and we will have even more deer. 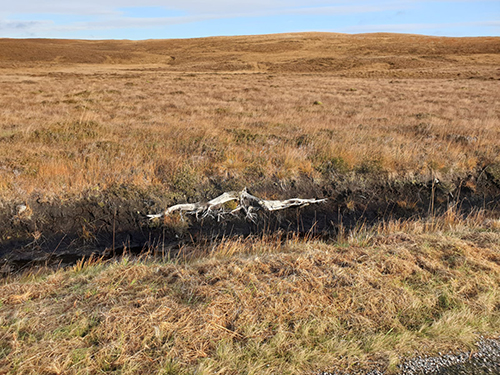 What is the solution?

The Forestry Commission (now Forest, Land Scotland) went to war with deer 20 + years ago – it has cost the public £millions and there are still plenty of deer in their woodlands. The private sector went down the route of leasing for sport – this has created a situation in some instances of absentee tenants using the land for sport in their spare time - this has allowed deer numbers to increase quickly! What is the solution? I do not have an easy answer to that – the reality is that if hinds are not shot all year round, I don’t think numbers will decrease sufficiently to meet regeneration targets (max 5 square kilometre). Who amongst us would shoot hinds in the summer? I don’t know anyone who would do that – whilst we kill large numbers of deer, we have a compassion for them and to shoot hinds in milk does not fit with that compassion! If we had the large predators here, nature would deal with the problem in the same way as it does in the natural world in the few wilderness’s that still exist in the world, but does society want wolves back?

Why do deer carcasses have such low value?

The per Kg price paid for a deer carcass was higher 40 years ago than it is today! Why is this? Food prices have been held down by farming efficiency linked to supermarket capping food prices. At the same time the cost of carcass collection, processing, packaging, waste disposal etc has continued to increase – not to mention ever tightening food processing legislation (all of which bring their own costs). If this trend continues, deer carcasses will eventually have no value! Thrown into the bargain, 3000 tons of venison is imported into the UK each year. Low carcass value does not create the incentive needed to kill more deer.

Climate change is happening at an alarming and accelerating pace. Mankind is now much better informed as to what is causing this and how to counter it --- change must come – hopefully in time!!!

There has been much talk about red meat related to methane which is a greenhouse gas! The reality is that man is an omnivore and meat has been part of mankind’s diet from when we lived in caves! The world is overpopulated with humans which creates an ever growing demand on producing sufficient food/meat for the market – this in turn creates more methane!

If we take the red meat of wild venison in isolation, then it must be the most environmentally friendly meat available. Deer are out there in our woodlands whether we like it or not – we do not farm them - we simply cull/harvest them for the benefit of our woodlands. In terms of carbon capture and reducing methane, venison comes out on top with 10 out of 10!!